Employment social enterprises exist to serve those with the most need and who stand to benefit the most from a supportive job, targeting disadvantaged populations that are poor, under- or unemployed, and face at least one serious barrier to employment. This guiding principle has resulted in a populations served that may be characterized as a combination of overlapping homeless, ex-offender, disabled, and at-risk youth populations.

Historically, a variety of federal, local and nongovernmental programs have also aimed to serve these populations through varying means. Employment oriented interventions have played a prominent role in the treatment of both ex-offenders and the disabled. Such programs have also been applied to homeless and at-risk youth populations, although have generally taken a secondary role to housing and educational services, respectively.

The homeless and those at-risk of homelessness face personal and systemic barriers to employment. Their personal barriers include a lack of certain social, stress management, and independent living skills. Factors such as a lack of a stable place to live, transportation, education, child care and financial resources also serve as major obstacles. These circumstances make it more difficult for employees to show up to work reliably and on time everyday, and reduce the ability of employees to recover from minor crises, such as illnesses.

A chronically homeless person is defined by the Interagency Council on Homelessness as “an unaccompanied homeless individual with a disabling condition who has either:

A disabling condition is defined as a diagnosable substance abuse disorder, serious mental illness, developmental disability, or chronic physical illness or disability, including the co-occurrence of two or more of these conditions.” Given often limited data on those served by social enterprises, those identified as homeless who have continuously resided in a shelter for the past six months and also have a disability (mental, physical, or substance abuse) are presumed to meet the more detailed definition above. This is likely an underestimate of the true incidence as it does not capture those living on the streets or those with multiple shorter spells of homelessness.

Official estimates exclude people staying with friends or relatives (so called “sofa surfing”), and often fail to capture the much larger number of people at-risk of homelessness who drift in and out of stable housing. Researchers have estimated the number of people who experience homelessness at any time over the course of a year may be three to four times higher than the nightly count.

Employers are also less likely to hire people with criminal backgrounds because they are perceived as less trustworthy or dependable. Some occupations are legally closed under state or federal laws to people with felony convictions – for example, jobs requiring contact with children or jobs providing security services. Additionally, employers may be held liable for “negligent hiring” practices if they knowingly hire an employee with a criminal background who subsequently engages in criminal activity. Mandatory drug testing or criminal background checks are becoming increasingly inexpensive and common among employers, and clearly reduce employment opportunities for this group – employer surveys indicate the rate of background checks continues to rise. The same employer surveys also find employers are more averse to hiring ex-offenders than any other disadvantaged group.

Nationally, some 650,000 prisoners are released each year – four times the rate 30 years ago. For the less educated and certain minority groups, involvement with the criminal justice system has become unexceptional. About one third of white men aged 25 to 44 without a high school degree has served time in the state prison system. Among black men with the same education, former incarceration was nearly universal.

Youth from low-income families between the ages of 14 and 24 are generally considered to be “at-risk” of failing to connect with the labor market by age 25 if they fall into one of a few risk categories. These categories include status as unwed parents, high school dropouts, involvement with the foster care system, being runaways or throwaways (homeless), involvement with the juvenile justice system, and poverty. By age 25, this population is unlikely to be benefiting from full-time work or education or to have strong social support networks. By that age, more than half of the men will find themselves in prison, and nearly all of the women will have started families while lacking enough income to be self-sufficient. This population suffers lower literacy rates and lower levels of educational attainment, and experiences high rates of unemployment. While there are signs of improvement, the population of at-risk youth has been estimated at 11.7% of all youth in the 16-24 year old age group.

The barriers to employment faced by those with mental health issues or physical disabilities have been well documented. However, there is considerable variation in the degree of hindrance to employment caused by disabilities. For example, just among people with schizophrenia, those with more severe impairments require considerably more support and face greater difficulty integrating into the labor market. Similarly, substance abuse issues have been shown to significantly reduce users’ levels of earned income. Disability entitlements such as Social Security Income (SSI) or Social Security Disability Insurance (SSDI) also reduce the incentive to work because a certain amount of earned income renders recipients ineligible.

REDFworkshop has developed a tool that is designed to help you understand the unique strengths, needs, and job requirements of your identified target employee population—the group of people you hope to support through training and employment. By understanding the capabilities and challenges of the people you hope to employ, you can better design an employment environment that supports success. 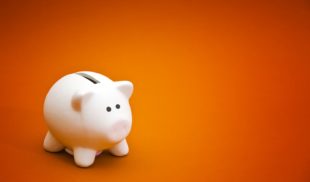 Social enterprise Growing Grounds shares how they have evolved their business model over time to better serve their employees’ needs.

We offer free resources, tools and connections that can help you grow your social enterprise.